Amaru Tribe were in the middle of a concert when the band’s Oscar Jimenez decided to throw a sample of Totó La Momposina’s emblematic cumbia “La Candela Viva” into the mix. Singer Katherine Gailer quickly responded, energised by a song she had grown up listening to. Soon the crowd were able to pick up on the simple chant that repeats throughout the song: “la candela viva”, translating as “the fire has ignited”.

It’s an instance that marks Amaru Tribe’s sound, unifying Afro-Colombian vocal traditions with the rush of club music. Refined through live performances, the final recorded version of the track sees rap, accordion, vocoder and pummelling beats all thrown into a mix that the band have come to call cumbia oceánica, owing to the fact that the band’s members are from Latin America, with both Katherine and Oscar from Colombia, and third member Cristian Saavedra from Chile, but are all now based in Australia, with their sound reflecting this dual identity.

“Candela Viva” sees them at their most front-footed and energised, with echoes of Bomba Estéreo’s early work and Systema Solar, aided by fiery accordion lines courtesy of Javier Rodriguez (of fellow Latin American/Aussie staple The New Monos), but also in touch with the synth-heavy, disco-accented grooves of Chromeo or Daft Punk. All the while, that refrain of an ancient cumbia sees them touch their roots, and continue a narrative that has been long in the making.

The story of “Candela Viva” starts some 99 years ago, in the small Colombian town of Chimichagua; a strong breeze blew through a window and into a clay oven, where a local lady was baking biscuits and cheese bread, causing flames to spill out of the oven and catch fire to the palm roof. Soon, the whole town was in flames. The event inspired local composer Heriberto Pretel to write “Candela Viva”, a song that would become a staple of Colombian carnival and vallenato festivals, and which is irrevocably tied to Totó La Momposina as the title track of one of her most cherished albums. Now, it finds itself on the other side of the world, its chant as ferocious as ever, capable of adapting to new environments and scenarios, some that we just weren’t prepared for, as Oscar spells out: “I just loved the energy of the chant. A whole town caught on fire and he wrote a story of what was happening”, before relating its significance to them: “We were in a moment when we just wanted to burn up our frustrations and fears... you know Melbourne had the longest lockdown in the world?”

For Katherine, this was not just a moment of frustration, but a constant struggle that is affecting all of us: “It seems like we need to burn down all the old structures and build something new. There's this real need to adapt, recreate and regenerate, and I don't think it's just us, I think it's the transition the world is going through”. The tradition of “Candela Viva” is an important part of that, Katherine saying that the use of the chant is a “process of communal healing, to create something spiritual and move forward as a community.”

These themes of unification, of regeneration and identification, are laced throughout Amaru Tribe’s upcoming second album, Between Two Worlds, on which “Candela Viva” will feature.

Amaru Tribe @The Old Church on the Hill, BENDIGO 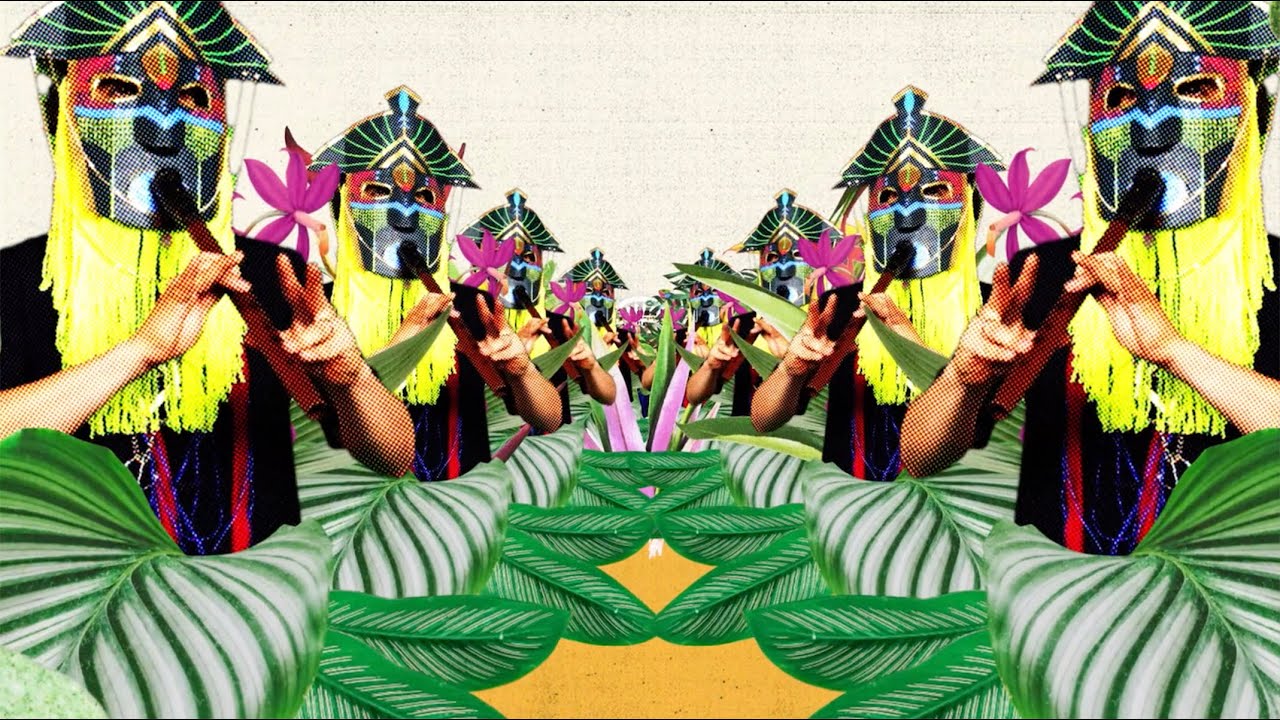